Corfu Villa Services is an affiliate company of My Corfu Home and provides property management services in North East Corfu.

Corfu Villa Services by Stamatis Sellas is a property management & maintenance business for villa owners in the North East part of Corfu.

We always look to establish a very close relationship with our clients to ensure each property is managed to the very highest professional standards, matching our client’s needs.

The subject of our security services is the study, the design and the implementation of Security solutions at the human level and Online Security Services

For your garden we provide, design, landscaping, planting, maintenance & irrigation

For your villa we provide initial cleaning, weekly or daily housekeeping services and receipt-delivery of linen. Housekeeping is performed by experienced, hard-working staff.

Kassiopi is a village, and a resort on the affluent north east coast of Corfu. It is in the municipal unit of Kassopaia. Historically, a small traditional fishing village, the town itself has been heavily developed and with more luxury villas now outside it, but it remains a summer social centre heavily visited by tourists, particularly popular with visitors from Britain and Italy.The town is said to have been founded during the reign of Pyrrhus, King of Epirus in the 3rd Century BC, as a supply post during his war with Rome. After the Roman conquest of the island in 230 BC, many Emperors visited, most prominently Emperor Nero, who came to a Temple to Zeus here.

Much of a small headland to the north of the resort is taken up by a Byzantine fortress. The fortress was subsequently fortified further by the Venetians, and survived sieges from the Ottoman Turks in the 16th century. Today parts of the fortress’s walls can be seen from the coastal road around the headland. Uniquely on this coast, as well as the ubiquitous “tourist shops” and every kind of eating and drinking facility, there are banks with cash machines, doctors and pharmacies, internet cafes and supermarkets, a primary school and an Orthodox church, travel agents and a police station. The High School of Kassiopi is located just outside the main village in the neighbourhood of Imerolia. Motor boats, which can be driven by children or adults during the daytime only, are available for hire by the day or week. Excursions run daily from the harbour to all parts of the island. The road runs through the edge of the town, and a loop takes buses as far as the village square, some 229 m (250 yd) from the harbour.

In an attempt to alleviate the traffic density that occurred around the harbour, a Car and Coach Park is provided at the top of the town. One or two taxis (which run 24 hours a day all over the island) are based here. Both town and surrounding area are very safe, at all times of the day with the crime rate having remaining consistently low for the whole north-east coast.

Sometime in the 5th century the temple of Kassios Zeus was converted to a Christian church to honour the Holy Mother – Panayia Kassopitra. In 1537 the church was burned to the ground by the Turks, it was restored between 1590 & 1591.The new church had two altars to accommodate both Catholic and Orthodox religions and inscriptions on the church bear the dates 1590, 1670 and 1832.

We have used Corfu Villa Services for the past year and found them to be very efficient and quick to respond to any problems we have had. Stamatis is very efficient and friendly and has been very helpful with everything from problems with the house to the laundry. Five star service.

“Sam & his team provide a top five star service. As a homeowner, I’d be at a loss without him & on behalf of guests who rent our property, they have only ever had 100% praise for Sam & Corfu Villa Services. Response time, is second to known”

We have used Sam and his team to clean and maintain Villa Meli since completion of its construction 7 years ago and have nothing but praise for Sam’s professionalism, helpfulness and local knowledge. The Villa always looks fantastic – inside and out – and Sam will go the extra mile, attending to the smallest detail. He always responds to any problem in double quick time in a friendly and efficient manner. We would highly recommend Corfu Villa Services to anyone looking for cleaning and maintenance services and general trouble shooting.

We have been using the services of Stamatios and his team from its inception, the reassurance and relief we experience when thousands of miles away and disaster strikes! Stamatios steps upto whatever the challenge and deals with it, keeping us informed and able to make decisions from a distance!

In our communications with Stamatios we regularly say he is a star, without his smiling, honest, calm presence we would be lost,he is a superstar!

We are very pleased to be working with Sam who offers a really professional service. Very responsive and efficient, he maintains our property to a very high standard throughout the year. In a short period of time he has become the professional and friendly face of Mulberry House to our guests. If you have a property on Corfu but are based abroad, we would highly recommend Sam for his professionalism and reliability.

Get now our combo package of services for your property

and enjoy stressfull holidays and property ownership in corfu 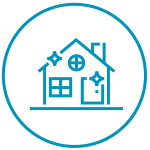